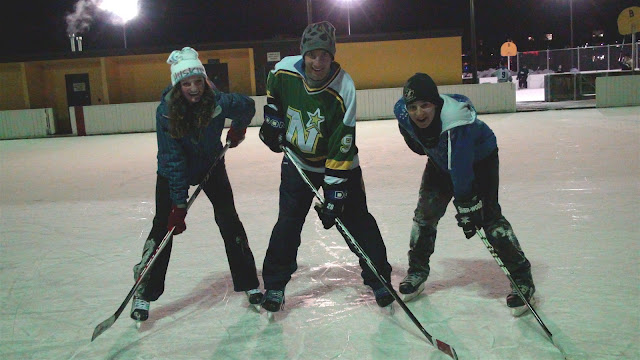 Bourkevale Community Centre was once again one of the few outdoor rinks to open early during the skating season this year in the St. James area. And as usual, the club drew a huge crowd on opening night, with shinny games breaking out on both the north and south rinks. The club kept both rinks open until 11 p.m. Friday as skaters continued to show up late into the evening.
It didn't hurt the mood when the club pumped the Winnipeg Jets radio broadcast through the outdoor speakers during the final minutes of the team's fourth consecutive win.
We would like to thank our volunteer ice makers Ron Templeton and Jeff Valgardson — and the extra volunteer support from Ed Toews and Scott Nystrom — for doing such a phenomenal job getting our rinks up and running as quickly as they did. Nice work guys.
Skate room is open Saturday and Sunday, 1-9 p.m.
Newer Post Older Post Home