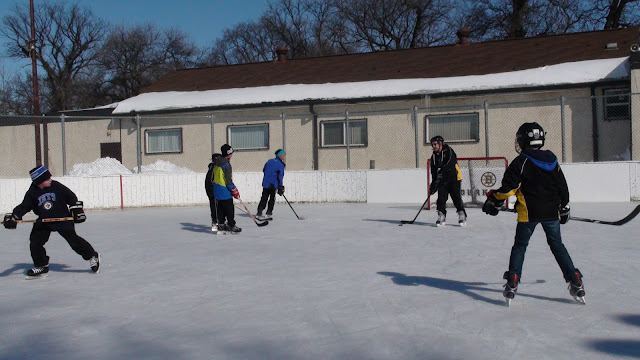 Well, it was bound to happen. Bourkevale's ice rinks officially closed March 26 in 2013. Our talented ice makers kept the south rink going as long as possible this season, with early-morning floods, patch jobs and the tender-loving-care they're famous for. But the late-March sun rays finally took over.
A big thanks to our ice makers Ron Templeton, Jeff Valgardson and Scotty Nystrom — and everyone else who helped along the way, including Mike Templeton — for the outstanding work they did this year. It was a very challenging season with twice the amount of average snowfall.
As far as we can tell, being open until March 26 is a modern-day record for Bourkevale. We normally shut the ice rinks down in the first week of March.
The canteen/skate room will open again for the spring soccer season in May and June.
Newer Post Older Post Home