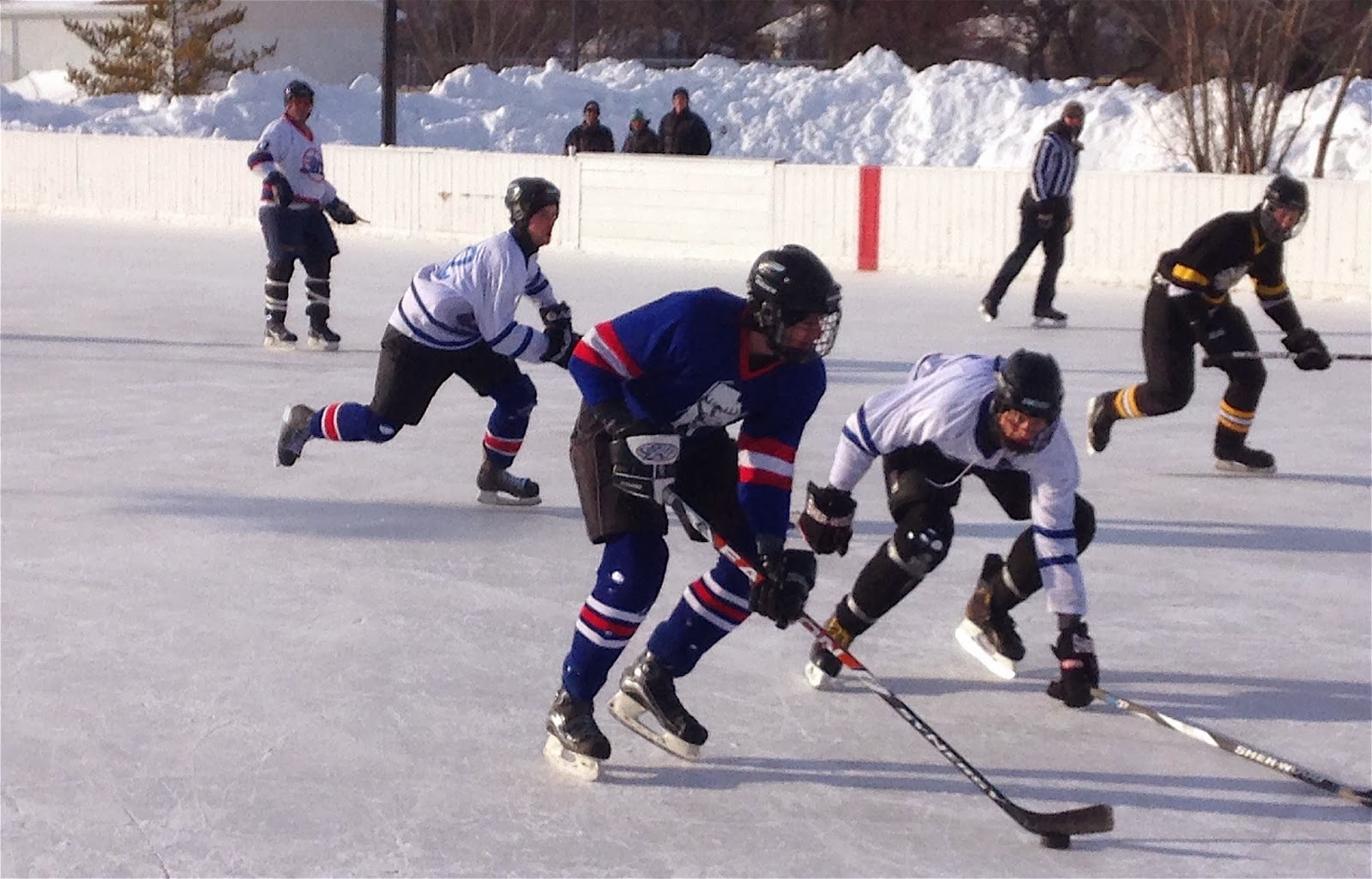 Apuckalypse Now returned to Bourkevale for its Third Annual Hockey Tournament Feb. 8. Organizers, a live play-by-play announcer, referees and six teams — this year naming themselves after the NHL's "original six" clubs — braved the frigid temperatures as players vied for the honour of winning the Apuckalypse Now Cup.
Friends, family and kids cheered on their teams and packed the skate room to take in an afternoon Winnipeg Jets game on the club's new HD TV. The tournament began Saturday morning and teams played well into the evening under the lights on the club's north rink. After a spirited final matchup against the Rangers, the Maple Leafs won The Apuckalypse Now Cup in a 3-1 victory.
Newer Post Older Post Home