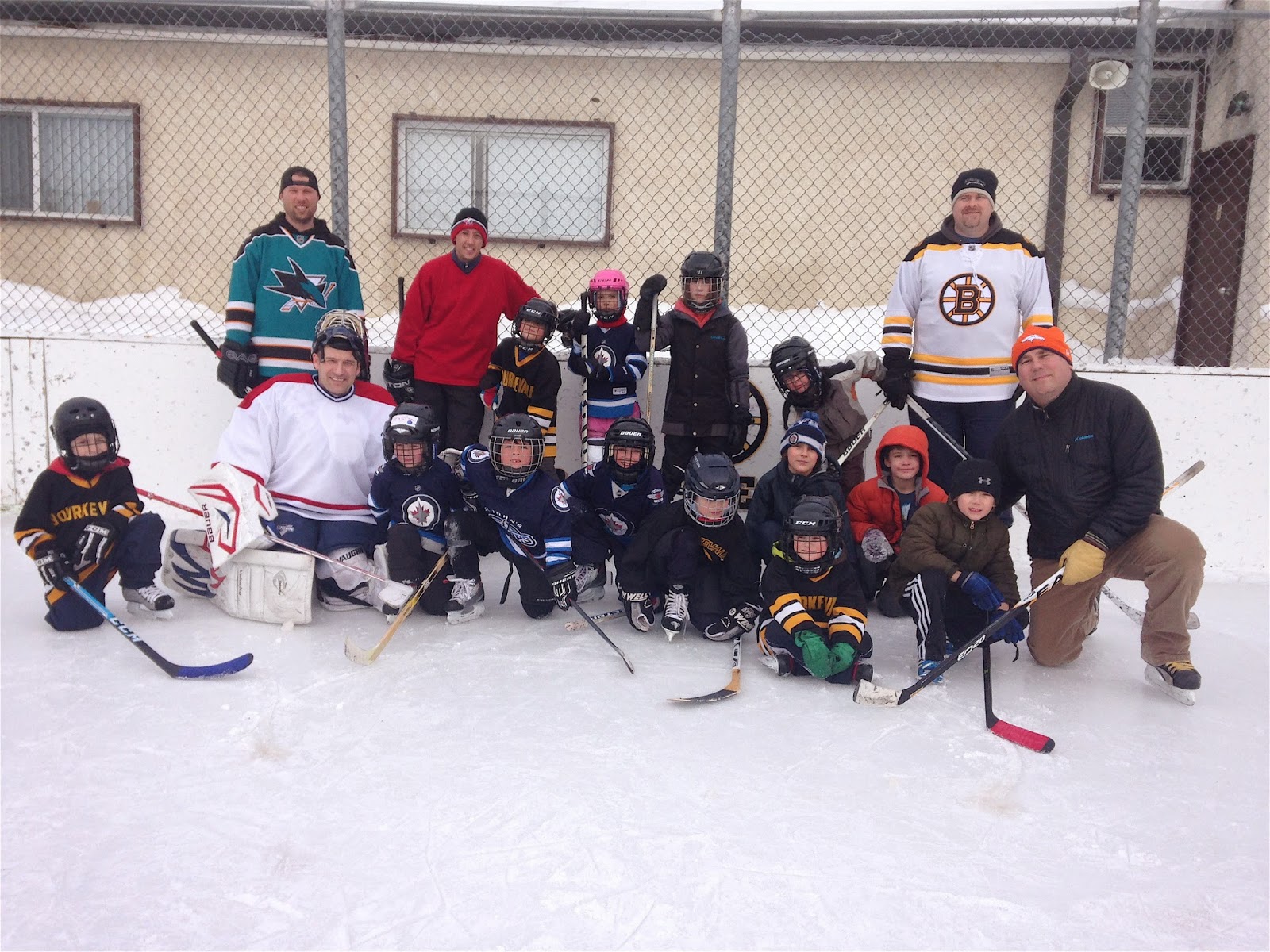 Bourkevale's hockey school for kids wrapped up this month with an extended ice season, thanks to cooler than normal weather. The program's inaugural season was a great success, with kids aged 6 to 10 receiving instruction in the fundamentals of hockey, including skating, passing and puck control. The program's success was due in part to the number of parents who helped with instruction on ice, even during some of the colder days. The kids enhanced their hockey skills throughout the season and mostly had a lot of fun, including a wind-up at the end of the season.
Newer Post Older Post Home

Bourkevale's main hall is available for a variety of events and functions, including birthday parties, wedding and baby showers, anniversaries and even weddings. It's a great place to hold a business meeting or a small to medium-sized AGM.
For more details about renting, including rates, click here.
To make a booking, contact our hall rentals team at bcchallrental@gmail.com.