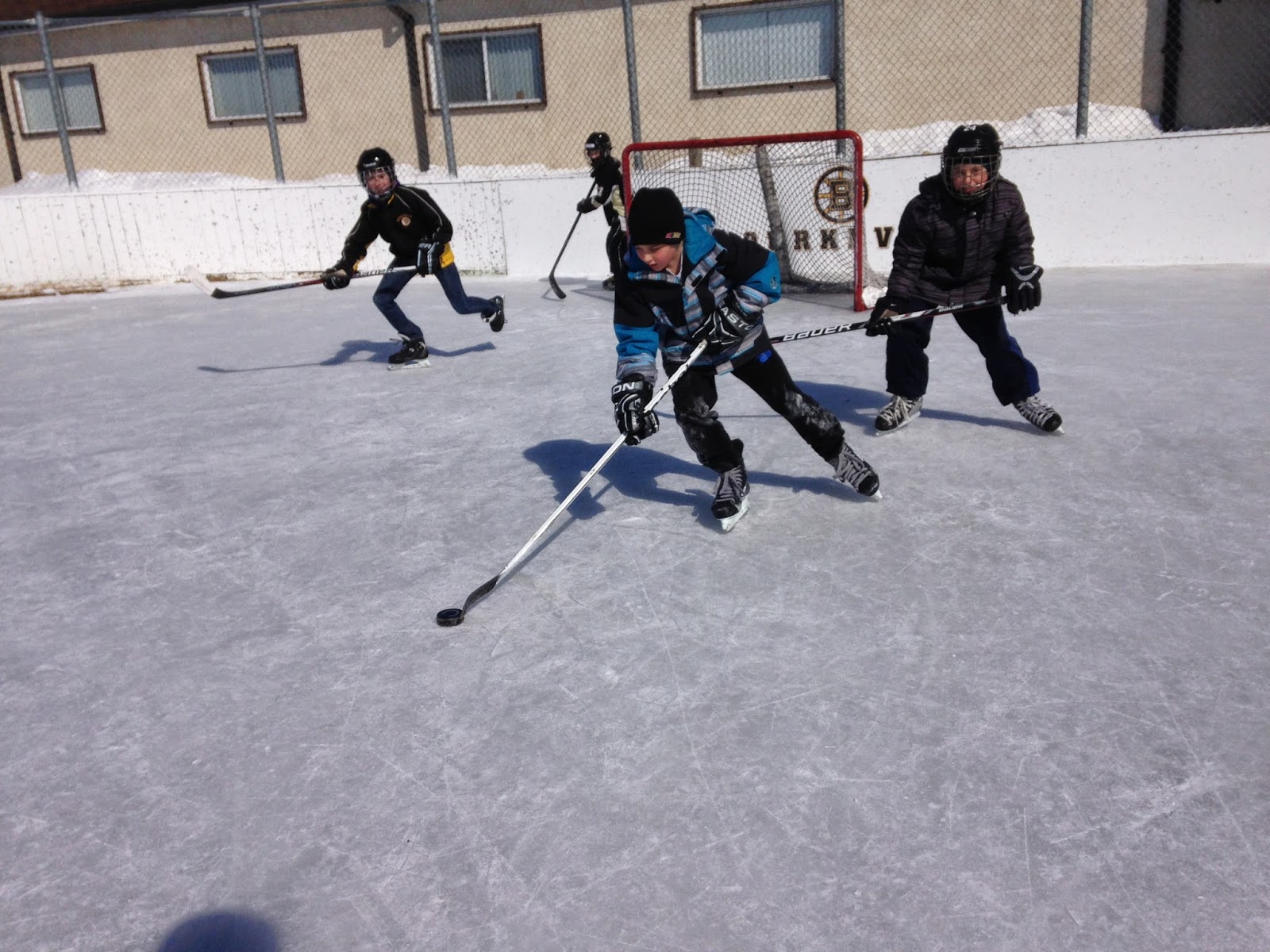 Bourkevale's ice rinks and skate room set another record this year. Our south rink was open until March 31 in 2014, beating out the previous modern-day record of March 23 set the previous year. The colder-than-average weather allowed the club to open the ice relatively early this season, on Nov. 27. As a result, the rinks were open four straight months, about a month longer than usual.
Meanwhile, Old Man Winter not only brought us record-setting cold temperatures and bone-chilling windchills this season, he also saddled us with frequent and heavy snowfalls, all of which made the business of ice-making and rink maintenance extremely challenging. We'd like to thank our volunteer ice makers Jeff Valgardson and Ron Templeton for their herculean efforts in keeping our rinks clear and in great shape — uninterrupted — for the entire season. Also, a special thanks to Scotty Nystrom and others who helped out with the rinks this year.
Newer Post Older Post Home