Bourkevale's rink project has been a major success. The new state-of-the-art rink boards and the re-asphalted north rink have exceeded all expectations. We captured a few images during construction to give you some idea of what went into this project. You can view the first video here if you missed it.

;
Thanks to all the volunteers who made the 2016 Hoedown such a great success.

Bourkevale's outdoor rink project took place over the summer and fall of 2016. The old wooden rink boards were removed and the north rink was excavated and re-paved. For more details on this project, check out the E-bulletin we published at the time. 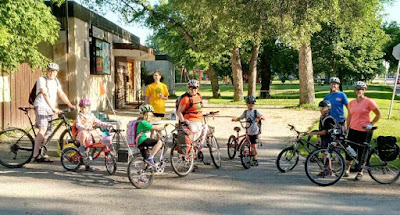 Bourkevale Community Centre was a busy place during Winnipeg's Bike to Work Day, Friday June 24. A total of 63 cyclists stopped at the club's pit stop for refreshments, snacks and information, including 10 children cycling to school with their parents. A big thanks to our volunteers Scotty and Elaine Nystrom for organizing and running the pit stop.

Bourkevale Community Centre elected its new board for 2016-17 on Thursday April 14. The AGM was well attended and included about 45 area residents.
Elaine Nystrom was elected as the club's new president and Nick Hook was elected vice-president.
Outgoing president Gary Kristiansen and vice-president Tom Brodbeck were honoured for the eight years of service they provided to the club, which included transforming the community centre's finances into a more sustainable model that has allowed the club today to invest into important capital projects.
All board members agreed to stay on for another term in office, a testament to the dedication of area residents to the ongoing viability of the club. Suzanna Libby was elected as the board's new treasurer and former club president Dan Reles has agreed to remain on the board as second buildings and grounds director. St. James-Brooklands-Weston Councillor Scott Gillingham was also present for the AGM to lend his support to the community centre. As was former city councillor Jae Eadie, an area resident and a longtime supporter of Bourkevale.

Here is Bourkevale's new board:

Bourkevale's 7/8 hockey team won the Tim Vandale Memorial Tournament Feb.14, with an impressive 5-1 record. It was a strong finish for a team that played four games Sunday to take the championship. Well done Bourkevale! The outdoor tournament took place at Sturgeon Heights Community Centre. The tournament was renamed after Tim Vandale in honour of Tim's tireless contributions to amateur hockey and his years of involvement in the Sturgeon Heights community. For more pics, click here. 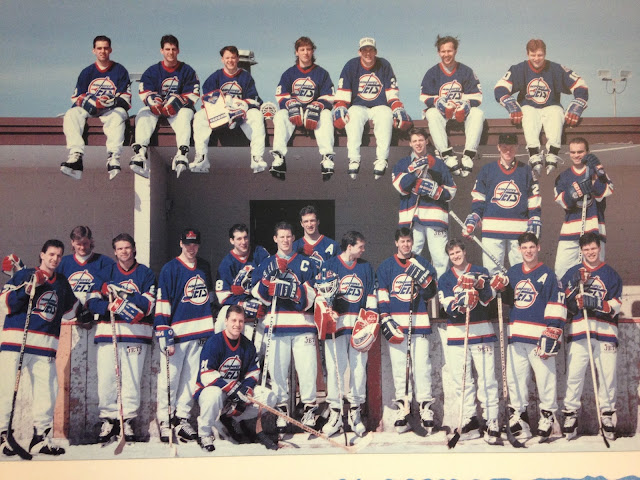 Not 100% on Fisher and Ysebaert. Can anybody confirm?
Newer Posts Older Posts Home
Subscribe to: Posts (Atom)

Bourkevale will be holding its annual general meeting online via Zoom on May 17 at 7 pm. All are welcome to take part in the virtual meeting.
A club update will be provided and board members will be elected.
Details on how to join the meeting will be posted here prior to the AGM.

Bourkevale has added an outdoor public toilet to its grounds (east side, south of front door) as a service to the community. The porta potty is cleaned once a week and is available for all to use.