Bourkevale 30 - a campaign for safer streets

Bourkevale Community Centre is spearheading a campaign to make our neighbourhood streets safer for all. There is evidence from around the world that reducing speed limits saves lives and makes streets safer for children, pedestrians and cyclists.

Bourkevale will be holding an official campaign kick-off on Sunday July 18 at 2 pm in front of the club.

We are asking people who support this idea to sign our online petition, which we will present to the City of Winnipeg.

The following flyer has been distributed throughout the neighbourhood: 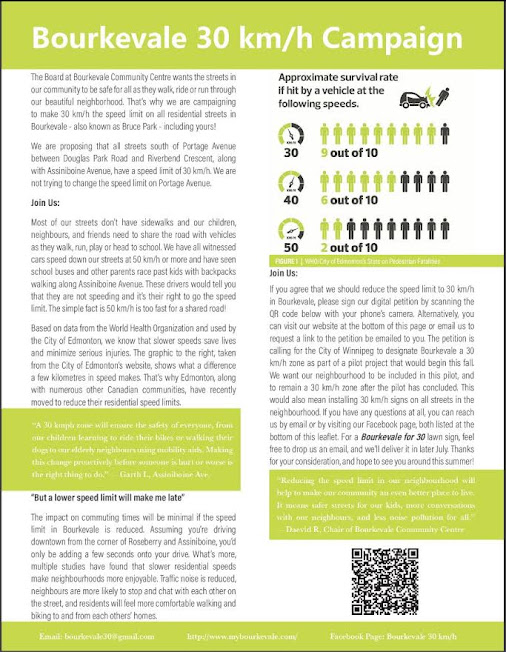